What Is The Wheel Of The Year?

The Wheel of the Year, or the Wheel of Life, represents the cycles of the Earth and life itself.

It is how our ancestors marked the turning of the seasons and years, how farmers worked their land, and how we, as modern pagans, reconnect to the rhythms of the natural world.

What Are The 8 Festivals in The Wheel of the Year?

The Wheel of the Year is made up of 8 holidays (i.e. holy days) or festivals. It is the cyclical calendar of the sun and moon, the rhythm of the natural world.

The other four are season change festivals – also called the Grand Sabbats (connected with the earth and Goddess).

The Wheel of the Year has a dark half and a light half – which mark Autumn/Winter and Spring/Summer. Each half has two Lesser Sabbats and two Grand Sabbats.

The solar festivals or Lesser Sabbats mark the two annual equinoxes solstices. Equinoxes and Solstices refer to the position of the Earth and the sun at a particular moment in time.

If you watch how the sun moves across the sky in Summer, it appears high in the sky and right above us at midday. Shadows are shorter, days are longer and we feel the sun’s rays very strongly! Whereas in Winter, it appears lower in the sky, and more towards the North. We see long shadows, days are shorter, and even on a sunny winter’s day the sun’s rays are not quite as hot as in summer.

The equinoxes are when we have a day and night of almost equal length. The sun faces directly over the equator. The solstices are when we have the shortest (June) day of the year and the longest (December). This is related to the earth’s tilt.

The exact date varies each year by a margin of a few days. The earth rotates around the sun in 365.25 days, and our calendar is a set 365 days. We add a leap year every 4 years to the calendar to balance this out.

“Because of leap years, the dates of the equinoxes and solstices can shift by a day or two over time, causing the start dates of the seasons to shift, too,” – The Old Farmer’s Almanac.

These Lesser Sabbats are Yule, the midwinter solstice, Ostara, the spring equinox, Litha, the midsummer solstice and Mabon, the autumn equinox.

The Seasonal Festivals – The Grand Sabbats

The seasonal festivals or Grand Sabbats mark the four significant season changes for the year. They were also referred to as cross-quarter days or fire festivals.

Dark & Light Halves of the Year

The Wheel of the Year is divided in half. This is to represent the dark half of the year (Autumn/Winter) and the light half of the year (Spring/Summer). As mentioned, each half has 2 Lesser Sabbats and 2 Grand Sabbats.

You can look at the dark and light halves of the year as a symbolic annual night and day, with Mabon being sunset and Ostara being sunrise.

Dark Half of The Year

The dark half of the year is about drawing inwards. It is the cold, hibernating months where we go within to do inner work, contemplation and meditation.

We use this time to rest and recuperate after the busy, bustling energy of the light half of the year. We focus now on our home and hearth. We might mend worn clothing, make new things to wear, do arts and crafts projects, seed saving, etc.

The Dark half of the year starts with the Lesser Sabbat, Mabon, at the Autumn Equinox in March. Next is Samhain in May. This Grand Sabbat that celebrates the final harvest for the year and the beginning of winter. Next is the Lesser Sabbat Yule at the Midwinter Solstice in June. Finally, Imbolc in August is the Grand Sabbat at the start of Spring. It also marks the last holy day of the Dark Half of the year.

Light Half of the Year

The Light Half of the year is about looking outwards. It is the warm, heady months of spring and summer. The sun is at full strength and life abounds everywhere you look.

In the Light Half of the year we work with our communities, traditionally planting the fields, tending the newborns, and gathering and preparing foods for the winter store. Births, weddings, harvest feasts and general merriment abound!

Together, these 8 holidays form an annual calendar in the shape of a wheel. The circle is significant, as it represents that while things change, people are born and pass away, the seasons are in perpetual motion, everything returns, in some way or another. Life is cyclical, everything goes round in a natural cycle.

The Wheel of the Year is based strongly on Celtic and other European cultures, but the symbology and concepts are found in many ancient cultures throughout the world. In the Vangelo Delle Stegthe (an Italian manuscript called ‘the Gospel of the Witches), it says the Goddess spins the web of life from the wheel, while the God turns the wheel. [Ref 1] There is a beautiful passage by White Elk who spoke for the Lakota people of the power of circles, which emphasizes this.

Where Does The Wheel Of The Year Come From?

I’ve heard it said that the Wheel of the Year is a very new concept, invented in the 1960’s during the birth of the modern Wicca movement. There is *some* truth in this, but not the whole truth (as is usually the case). We know our ancestors marked the turning of the seasons, and celebrated with great harvest festivals, and lived life aware of this natural cycle.

Due to the fact that Paganism was, by and large, a natural understanding of the world, it didn’t get documented by the people who lived by it.

Rather, knowledge and understandings were simply passed down from generation to generation in the form of stories, dances, and festivals.

The Wheel of the Year itself was actually first documented (to our knowledge) by scholar and mythologist Jacob Grimm (1785-1863 CE), in his 1835 CE work called “Teutonic Mythology”. [Ref 2]

With each festival on the Wheel, I will reference various history attached to it so you can begin to see how it permeated so many cultures and belief systems. Almost all of this life and spiritual practice fell away during the advance of Christianity, and of course the infamous witch hunts that stripped clans and villages of their wise ones, and finally replacing the natural annual cycle with the calendar we use today.

It was during the 1960’s that people began to feel free enough to revisit their magickal bloodlines, as well as feel the call to return to a natural, cyclical living in tune with mother earth.

During this time, a new, modern version of past worship and practice was formalized. Called Wicca, it draws from many historical references and passed down family lore. Remember that Wicca is one subset of Paganism – just like Catholicism or Anglicanism are subsets of Christianity.

You may have heard before, or maybe you’re not aware – but the pagan calendar ‘Wheel of the Year’ is different for the Northern and Southern hemispheres of the world. I’ve seen a lot of people in confusion around this, but it’s actually very simple to understand.

This is because as the earth travels around the sun on its annual rotation, and as the earth tilts naturally as it too rotates, we have different parts of the globe closer or further away from the sun as we go round.

So if you have pagan friends in the Northern Hemisphere, you can wish them a happy Yule in December, and wish your Southern Hemisphere friends a happy Litha.

PrevPreviousA Witch’s Tools: The Altar
NextThe Wheel of The YearNext 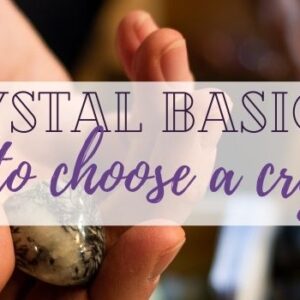 Choosing a crystal for the first time can...

Do you know what to do once you’ve... 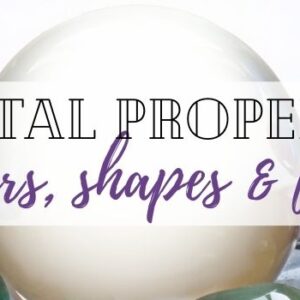 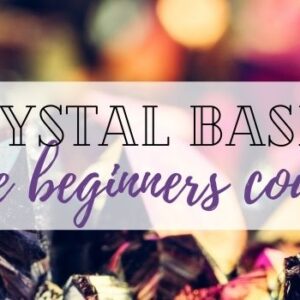 In our Crystal Basics: Free Crystals Course For... 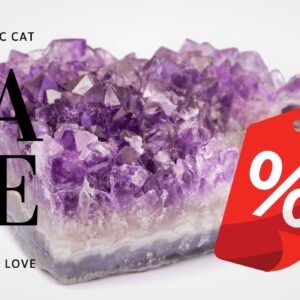 Shop our crystals, books, jewellery and other spiritual... 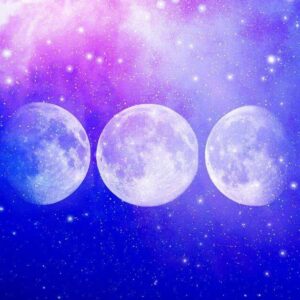 THE CELTIC MOON CALENDAR “Once we told time...